With my background in art history and conservation of historic interiors, it isn’t a surprise that I love to visit historic house museums. It’s not just the beautiful architectural elements and furnishings in them that are a joy to look at – for me it’s even more so about getting a glimpse of how people lived in different places and bygone times. And how they expressed themselves in their homes.

There are different types of historic house museums. Some of them are a real treat because they show a specific style or period in its purest (or reconstructed) form. Some are worth a visit because they have an impressive art collection, and others are interesting because they have been lived in by many different people who all added their own objects and touches and so have historically grown into a mixture of furnishings and memories.

Although country houses and castles are often impressive both in scale and grandeur, and they have the great advantage of being surrounded by gardens where you can wander around in endlessly, I am somehow more attracted to city houses. Their smaller scale, more intimate spaces and the buzz of city life outside just seem a bit more everyday-life-ish and graspable.

I try to visit historic houses open to the public in every city I go to. Focused as I am on these specific sights it’s not that difficult to track them down, but for others, these kinds of small scale and not so well known museums might be difficult to find in big cities where there are so many ‘major’ attractions and other exciting things to do. These places are often a little bit off the beaten track, so to speak. In this column I’m planning to share some of my favourite ‘hidden treasures’ – it’s going to be a little journey across Europe’s most beautiful historic houses.

It would be crazy not to start in my ‘home town’ Amsterdam – where you can find a multitude of historic houses along the so beloved canals. However I’m only highlighting one for the moment: Museum Willet Holthuysen.

The facade at Herengracht

Museum Willet Holthuysen is situated along Herengracht at no. 605, close to the river Amstel. The house was built in the late 17th century, but was expanded towards the back in the 18th century and was thoroughly renovated in the middle of the 19th century when the Willet-Holthuysen family, the name givers and initiators of the museum, moved in. They redecorated the interiors in  French Louis XVI style and this is what you can still see in many of the rooms. Also, in addition to these ‘original’ 19th century furnishings, interior elements from other Amsterdam canal houses (and other periods) have been incorporated in the building since the turn of the 20th century when the house because a museum.

Inside you will find a grand staircase, long corridors that give entrance to grand salons with different purposes and furnishings (a ladies salon, a gentlemen’s salon, a so-called antichambre and a ballroom), a dining room, a bedroom, and in the back of the house there is a light-filled octagonal garden room with a cabinet for antiques and curiosities above it. 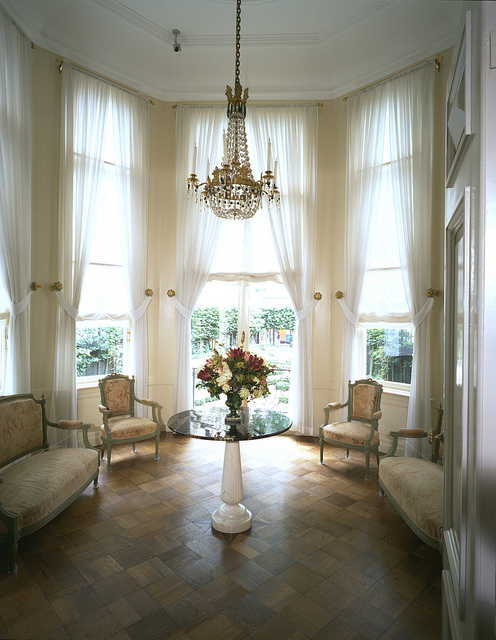 Part of the ballroom

Detail of the dining room

In the basement you can also enjoy a charming 18th century kitchen that was created by using elements from multiple houses in Amsterdam. In Amsterdam, kitchens were always situated in the basement of the house, which was the working area of the staff and the coolest place in the house. (Upon my last visit there I spotted some pretty tiles with hand-painted vegetable motifs amongst which a cute little aubergine!).

The reconstructed 18th century kitchen in the basement

What makes the museum even more interesting at the moment is that many of the spaces are gradually being refurnished  in order to bring them closer to their ‘original’ 19th century  look. For example, the central staircase  was recently covered with a reproduction of a colourful 19th century stair runner. In the antiques cabinet the historical velours wall covering was reconstructed.

Furthermore, students of the training program in conservation of historic interiors (at the University of Amsterdam) have carried out architectural paint research in the garden room to find the 19th century colour scheme that fits in with the rest of the existing furnishings, and the room will soon be repainted in line with their results. They also discovered a matching decorative ceiling painting that they will start to uncover this week, and which will get an overall conservation treatment. At the same time, a second group of students will start research on the subsequent historic colour schemes in the corridor.

The museum has its own blog about this project where you can find a lot of behind-the-scenes pictures and stories, quite interesting! 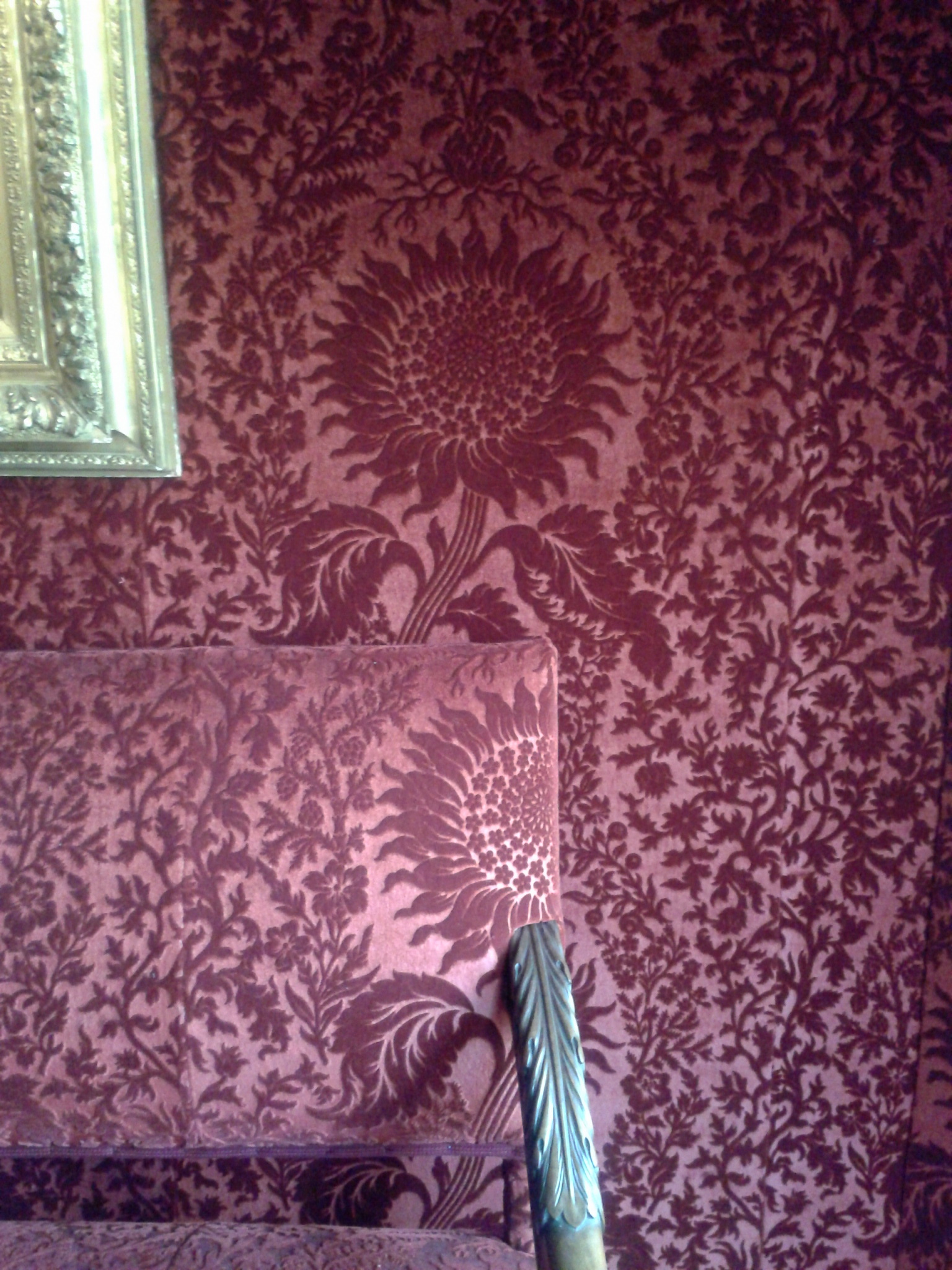 Detail of the wall-covering in the antiques room

Visiting Museum Willet-Holthuysen is a great way to get a glimpse of the insides of a historic canal house.  They also offer temporary exhibitions on a multitude of subjects. Be sure to check their website for up-to-date information.

This error message is only visible to WordPress admins